by October vs. Voodoo Down 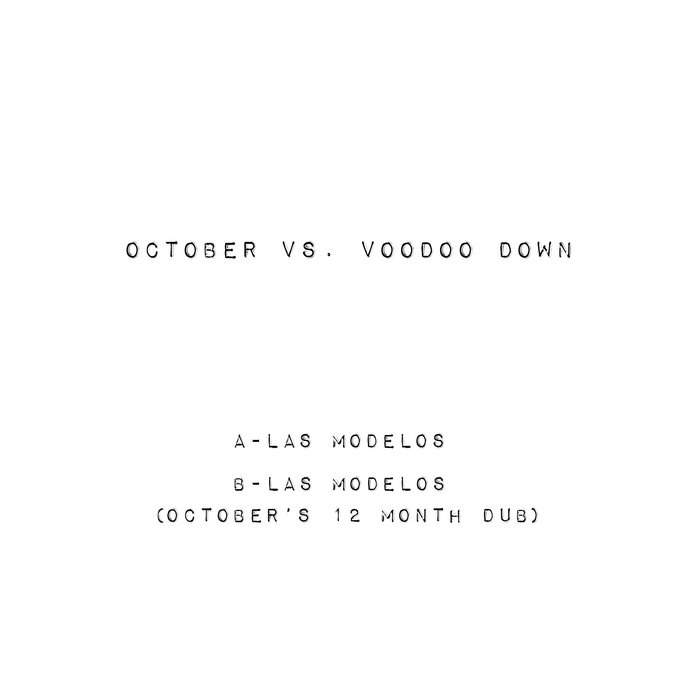 Limited to 300 copies, vinyl only.

"Las Modelos" is a collaboration between the Voodoo Down label heads (L'estasi Dell'oro, 12x12, N'conduit) and October, collectively conceived and tracked over the course of an all-night recording session in the winter of 2014 in the studio home of Voodoo Down Records. The B side is a dub remix done by October, stripping the original track down to its roots.

Bandcamp Daily  your guide to the world of Bandcamp